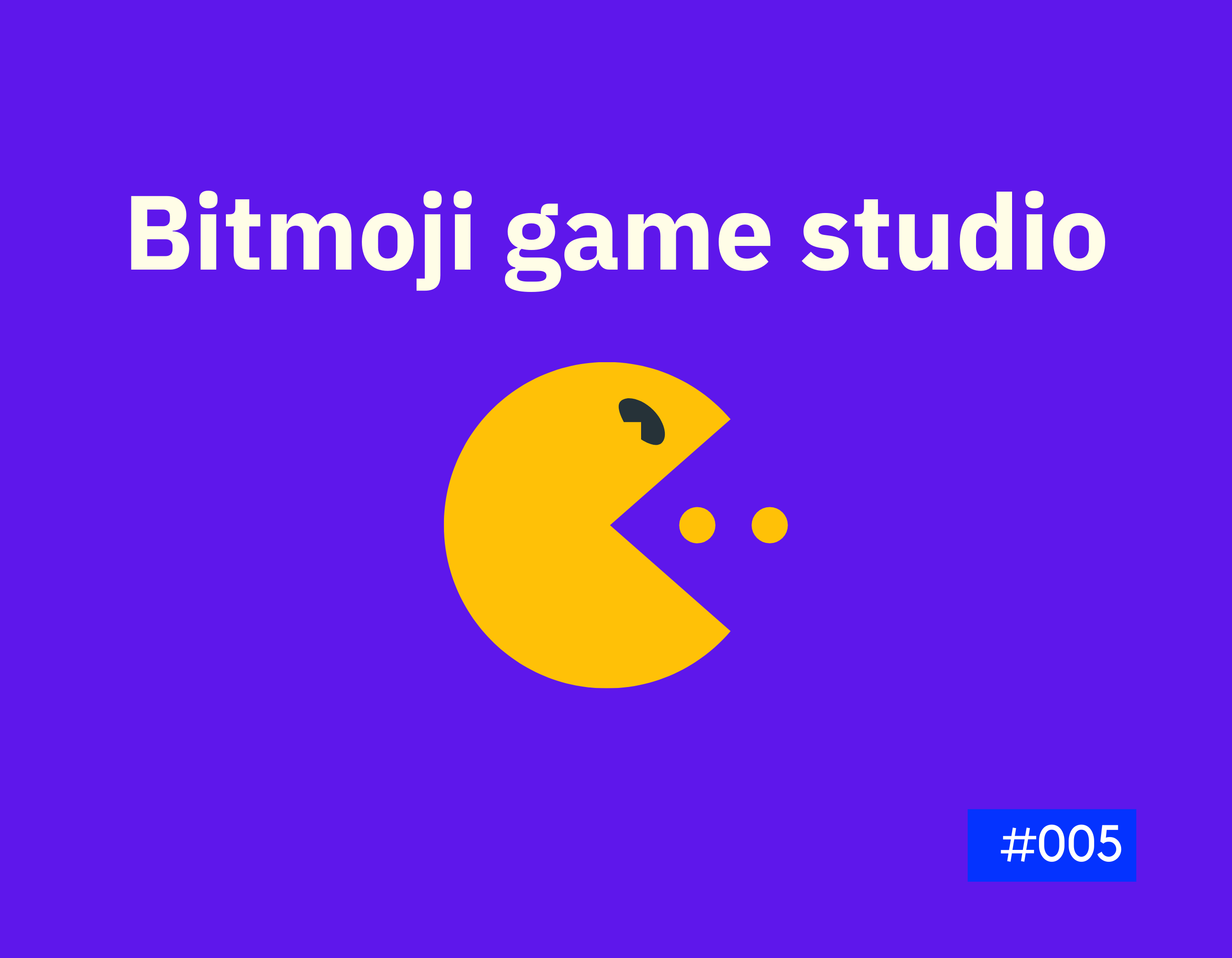 We're officially halfway to 100 startup ideas! Fun. More to come. Thanks to all those who have contributed and shared their takes along the way.

There were more fruitful connections that came out of last week's edition.

We were also excited to see strong interest in the RFS Group Chat! Thank you to those who got in the mix. We're going to keep applications open for a few more days, launching next week.

Over the course of his career, Brasilian driver Ayrton Senna won the Formula One championship three times, establishing himself as one of the boldest racers of all time. Before his tragic death, he said this of his craft:

And suddenly I realized that I was no longer driving the car consciously. I was driving by a kind of instinct, only I was in a different dimension.

We wish all of you the kind of flow state that breeds excellence. May we all aim to find that "different dimension" through our work and passions. Now, onto to the ideas themselves. Lightly edited by us for the sake of clarity.

Hospital leaders need to fulfill a 2021 CMS (Centers for Medicare and Medicare Services) mandate to disclose the rates they negotiate with insurers. Most hospitals are woefully unprepared because of the complexity of claims, billing, and adjustment. This could be a billion-dollar opportunity for a new company — bringing tooling to organizations that need to adapt and show how rates are struck under-the-hood. Vendors and revenue cycle management companies are likely to try and solve this problem too, but there's an opportunity for an insurgent to win market share before these businesses roll-out their solutions.

Pocket was supposed to become the aggregation layer for reading, showing what each of us consumed, pulling it together in a beautiful interface, and facilitating sharing. It hasn't happened. The product is unchanged from five years ago, and nothing has stepped in to fill the gap. There's an opportunity for a company to take the best of Twitter (and others), and apply it to information consumption. I'd like to see a product that tracks my reading across platforms, digests everything I've read (on a weekly, monthly, and yearly cadence), and analyzes that consumption. How much have I read? Which topics did I delve in to? The annotations and highlights I make could be shared in a visually appealing closed feed. There are lots of great references to draw from: the visual experience of consuming content might look something like Pinterest, following influencers might mimic Twitter, and the closed feed might be most similar to a Whatsapp group.

To start, I'd focus on onboarding a small, high-signal group, like the YC founder community. You could pay $20/month to see what this group is reading, learning, and annotating. I think a lot of people would be excited to learn from high caliber operators.

Investigative journalism is so crucial, but figuring out a business model that works is close to impossible. I'm an optimist, though. There will be many lessons from 2020, and a big one for me is the absolute necessity for deep-dive, well-researched, trustworthy news and information. Subscription-based models are making a comeback, but other alternatives may emerge too. I think it's a fruitful starting point for new entrepreneurs.

Simple games, with a personalized touch

I think there’s a clear opportunity to build the next Voodoo Games by leveraging Bitmoji Kit. It doesn’t have to be high-brow or thoughtful. Just a fun, casual time that takes your mind off of the world. Leveraging SnapKit allows for high virality, social connection, and personalization. Build the underlying game engine and then go to town with simple game loops.

Joel Osteen, the American pastor, is believed to be worth $60MM. That accumulation of wealth would not have been possible without television. But as millennials increasingly consume content on their phones and computers, old terrestrial networks may not offer the same scale of opportunity. We can expect video-streaming to mint the next generation of moneyed holy-men, presenting an opportunity for a Zoom-competitor focused on the faith-based market.

Specific features could be built for this use case, including the integration of holy books (that might allow for annotation), the ability to upload sermons, the concept of digital "confessionals" or rooms for smaller audiences, and the gathering of collections. There's a reason to think the timing might be particularly good, even beyond the broader rush to video-streaming. Times of crisis tend to produce an uptick in religiosity.

— Mario Gabriele, Investor at Charge and Editor of The Generalist​

I’m interested in Temporal (and it’s parent project Cadence) as a new primitive for developers to orchestrate tasks, data pipelines, and other functions in a large, distributed system. If you read the documentation, one can use the declarative framework to run distributed cron jobs, better DAGs, or even the stitching between various business process APIs. I’d like to see the ecosystem of products built in and around the workflow primitives to offer better visibility, security, and performance.

There's a need for a managed marketplace for fashion retailers to buy inventory from multiple suppliers. This would allow retailers to increase inventory and assortment while easily experimenting with new inventory. It would be especially powerful if you could enrich basic information, adding HD photos and product data.

One place to start would be the LA Fashion District. You could focus on connecting Shopify merchants with wholesalers through a slick tech platform that leverages APIs to grab product SKUs. Shopify merchants would be able to get set up and start selling without needing to worry about inventory.

It's a hassle to get business insurance. Though there are some tech-forward providers, there's still lots of room for optimization. I imagine a simple UI wizard that asks for information about your business, then tells you what insurance you need to buy, packaging it up in a single purchase. You should only need to enter the information once and deal with a single provider that handles the details.

In terms of design, it could take pointers from the user-friendliness of Lemonade. Ultimately, what you want is one place to login, make changes, and pay. Make it simple. Make it pretty.

A social network for live cooking

As more and more people spend time in the kitchen due to COVID, there should be a better way to share the experience of cooking with your friends and family. One way to do that might be over livestream. A food-specific streaming platform could boast a nice interface for recipes, opening them up to collaboration. You could also set a "dinner time" so that different cooks could try to sit down to their meals synchronously. The result would be something like a virtual potluck that brings people together.

Current bill payment APIs from companies like Fiserv leave a lot to be desired. Add that to the fact that existing banking apps (from the big players, at least) are badly designed and unpleasant to use. It doesn't have to be that way. In fact, with the right design, bill payment could be delightful. You could gamify the process, building a rewards system for responsible behavior (ie: paying on time) that allows you to unlock discounts at local stores. An API that bundled this functionality could sell to both fintech companies and other financial institutions.

Thank you for reading. If you have someone you'd like to hear an idea from, let us know. We'll do our best to get them into the mix. We'd love to hear your ideas, too. 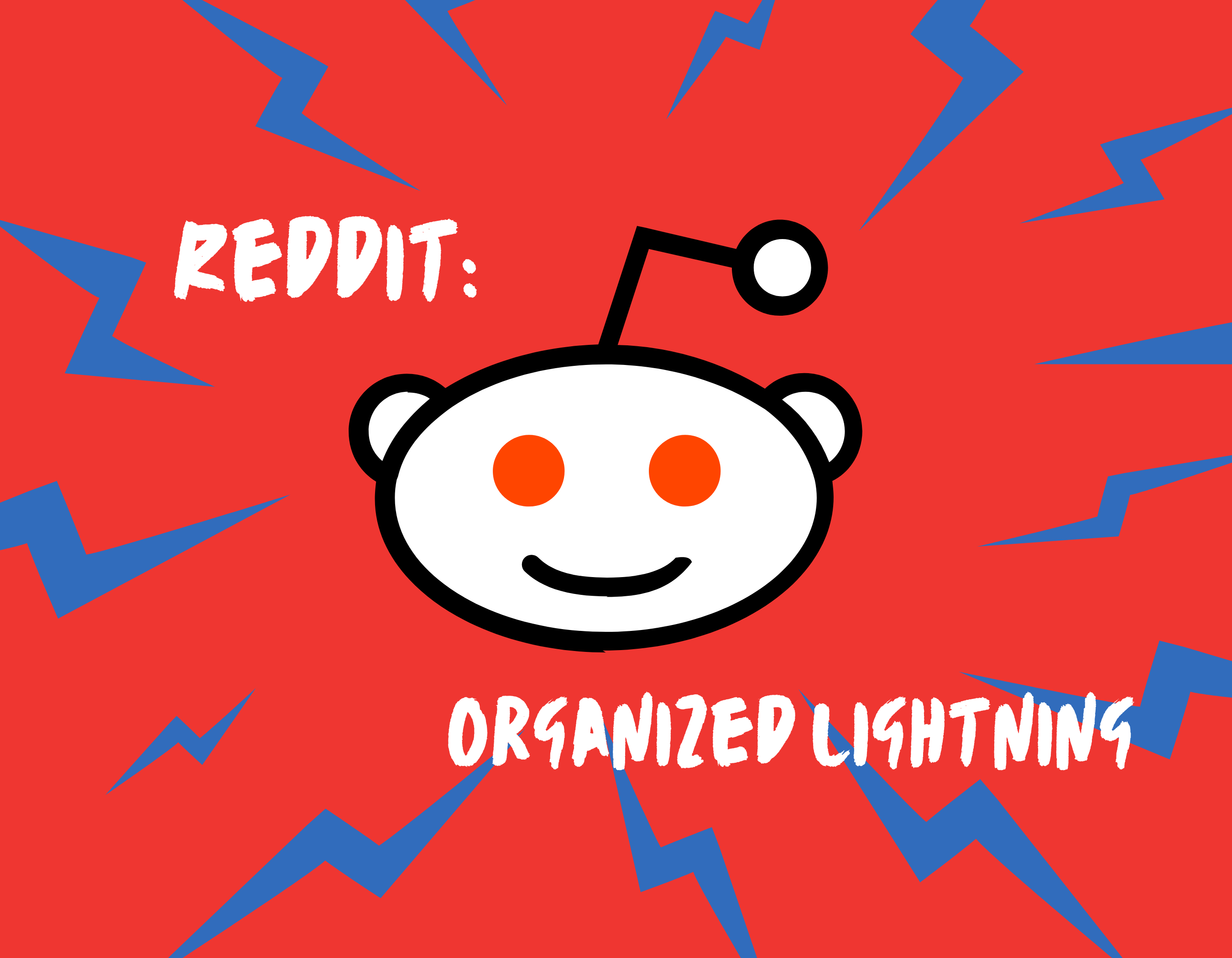 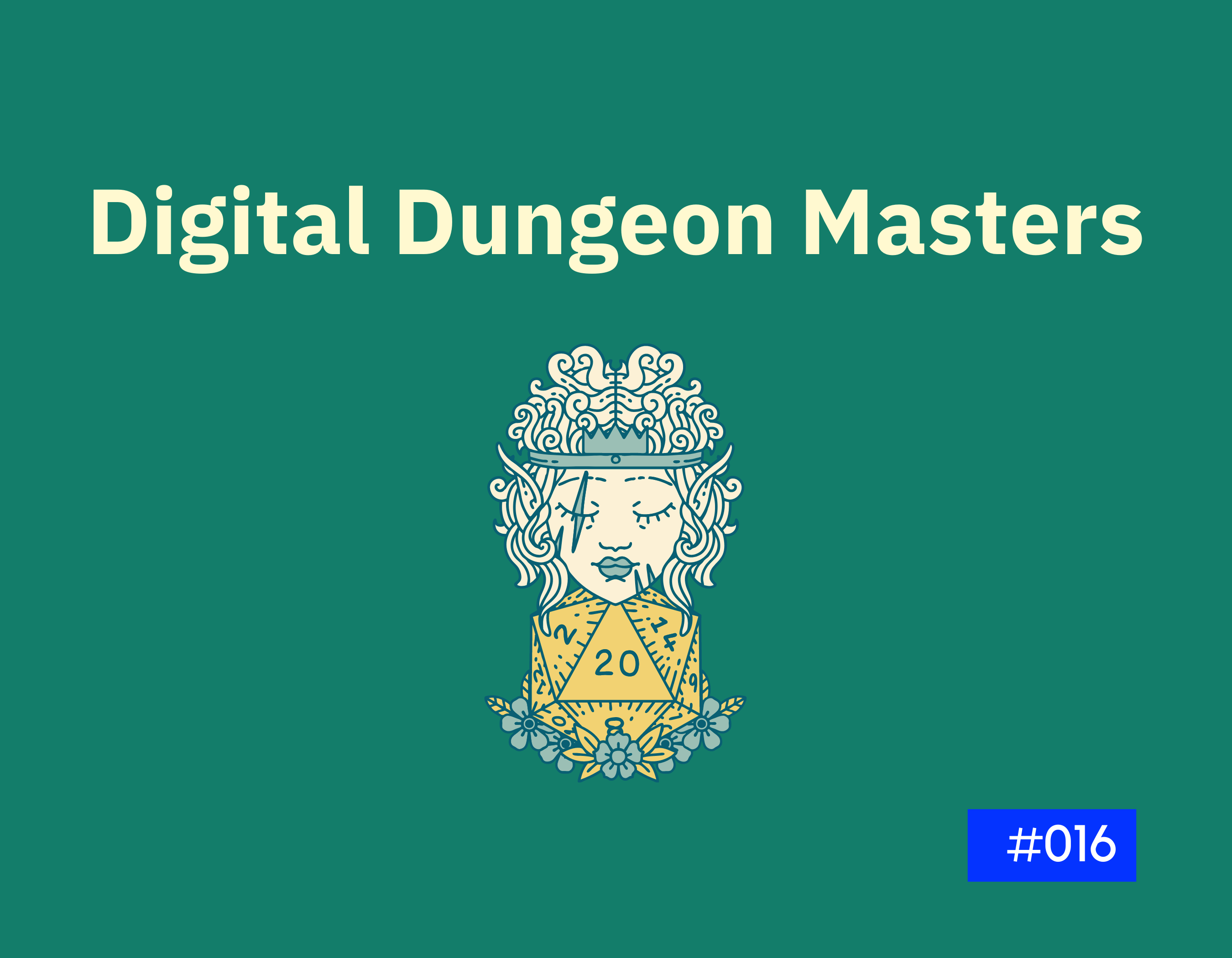 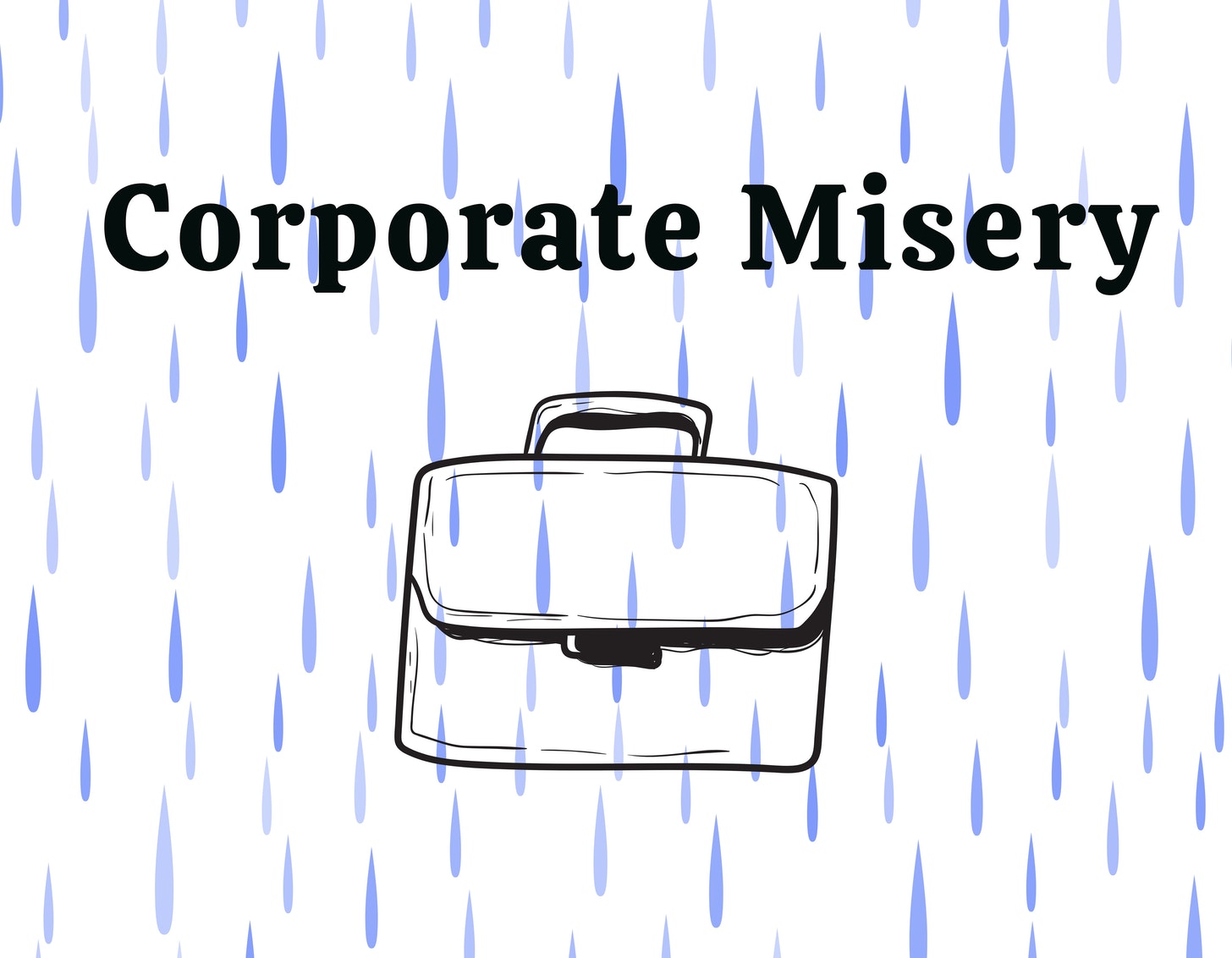