The age of "Superstar" teachers is coming 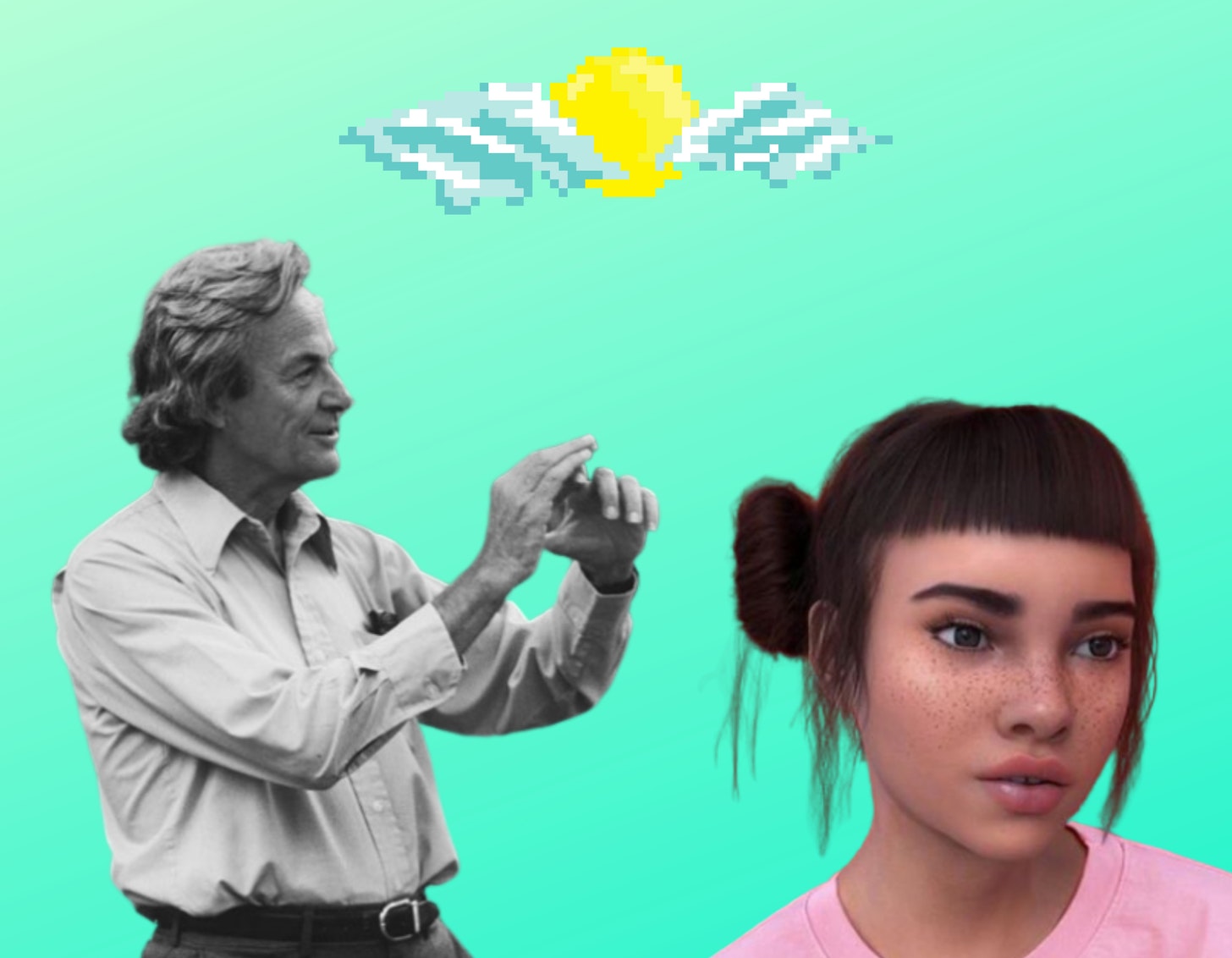 Artwork by
IN tHis BRIEFING
Text Link
Back to all
You can listen to an audio version of The Generalist on Spotify or Apple Podcasts.
ACTIONABLE INSIGHTS

It's 1989, and Michael Jordan's Bulls are in the dying moments of a fierce Game 5 with the Cleveland Cavaliers. With just two seconds left on the clock, Jordan scrambles across the hardwood, head faking to receive an inbound pass from Brad Sellers. Without so much as a half-second hesitation, he shifts his weight from right to left foot and scampers past Cav defender, Craig Ehlo. He sends a looping effort towards the basket. The buzzer sounds. A fraction of a second later, the ball caresses the net.

The greatest player of his generation, perhaps of all time, wheels away in celebration. But instead of a stadium in pandemonium, instead of millions of TV viewers catching their breath and punching their couch cushions, Jordan turns to a crowd of ten observers, each clapping politely and raising an occasional cheer amidst a depth of quiet.

For the world's best teachers, this is the reality. No matter how remarkably gifted they may be, no matter how central to society, they are producing brilliance before a paltry audience. In the decade that follows the coronavirus, we may consider the current state of affairs as absurd as "The Shot" ringing out across an empty coliseum, Lionel Messi waltzing through a hapless backline in a desolate Camp Nou, or Serena Williams rasping a cross-court forehand in a muffled Arthur Ashe.

Compared to athletes, it is not as if teachers have an easier road to dominance. On a numerical basis, teaching is often a more competitive field, though because it is not adversarial, elite performers are harder to ordain. Kenyan Peter Tabichi, winner of the annual "World's Best Teacher Award," faced steeper odds than world number ones in other disciplines. Tabichi had to beat out a reported 84.23MM teachers worldwide to earn his stripes, while Rory McIlroy, golf's number one, needed to best only 60MM global players. Novak Djokovic faced similar odds. For his abilities, McIlroy received annual compensation of $25MM, while Djokovic earned $50.3MM. Both were watched by millions. By contrast, Tabichi teaches a class of a few dozen, is likely to earn ~$18K, and gives 80% of his paycheck to community projects. This is no indictment of McIlroy, Djokovic, or other professional athletes — the market recognizes the value of their talent — as much as it is an observation of the dearth of celebrity educators.​

Sherwin Rosen's 1981 paper explains why exceptional teachers have been unable to profit from their abilities as effectively as other performance-based vocations. In "The Economics of Superstars," Rosen argues that the trend of fewer individuals earning larger amounts of money is driven by two elements: (1) the outstanding talent of the individual, and (2) an ability to share such talents with a larger market.

The latter point explains why the "Superstar Effect" has impacted teaching more weakly than other professions — teachers have been unable to expand their personal market. They are limited by the size of the class which they teach. Technology has changed things, of course, though not as dramatically as many predicted. Thinkpieces as early as 2003, heralded the inevitable arrival of "superstar" teachers aided by advances in technology: recordings of the best professors could be printed on CDs, and disseminated nationally. Khan Academy, Udemy, Udacity, and other online platforms, founded five or more years later, were expected to accelerate the trend thanks to the zero-marginal cost of serving more pupils online.

These platforms have created stars, though they are of a less lambent variety. Rob Percival, a former high-school teacher, earned $6.8MM through his web development course on Udemy as of 2016. Millions of hours had been spent reviewing his lessons. That would have been unachievable in his old job. With a traditional class size of 10 students attending 8 hours of tutelage, Percival would have had to teach for 68 years to log 2MM hours. Another case: in 2014, South Korean tutor Kim Ki-hoon was reported to have earned $4MM for his lessons in-person and on the Megastudy MOOC platform. An estimated 150K students watch his lessons online each year.

By all accounts, Percival and Ki-hoon are rich and influential men, but they do not touch the earnings or reach of other performers. Tiger Woods and Michael Jordan are both billionaires, while Cristiano Ronaldo is soccer's first addition to the three-comma-club. All have been cumulatively observed for billions of hours. In a decade, will we see a teacher achieve similar figures?

If that is to happen, the coronavirus may prove the impetus. While online learning is far from a niche segment, it is quickly attaining a ubiquity and range not see before lockdown. Most notably, it has shifted from luxury to necessity. Traditionally, the most popular courses online have been practical, geared towards adult learners looking to upskill. Sheltering-in-place has forced schools of all types to construct digital classrooms. At present, that mostly means a Zoom call. Over time, we may see different incarnations emerge.

How long will it take for children to return to in-person lessons? Six months? A year? And if it is sooner, how significant will inevitable interruptions be? Online learning has the opportunity to leap forward and fill the gaps. Leveraging digital platforms, popular teachers from the other side of the world may emerge as viable replacements for those down the street. If Peter Tabichi, the world's best teacher, offered daily science classes, would you pay $10/month for your child to attend?

No platform has been built for this use-case, a school as an approximation of the "Dream Team," the USA Olympic basketball squad that boasted Jordan, Bird, Ewing, Barkley, and Magic Johnson, among others. What would this look like for primary and secondary school teaching? Masterclass explores this premise but confuses status for pedagogical skill and production value for substance. (It also positions itself towards adults.)

A full-stack solution could work with sufficient talent. At scale, this would create an axially different model, akin to the Professor-TA dynamic on steroids. A handful of elite teachers would serve as instructors, broadcasting lessons, while an army of TAs would serve as customer support, answering questions, and providing guidance. That alone would necessitate different systems: secure chat features, contingent teaching workforces, peer-to-peer collaboration systems, and partially automated grading.

In time, this could account for the importance of in-person lessons, integrating with micro-schools like Wonderschool and Prenda, or rolling out a lightweight franchise model itself.

What effect would this model of education have? If Acemoglu, Laibson, and List are to be believed, it would democratize access to high-quality teaching, as well as better compensating our most adept educators. In their paper "Equalizing Superstars," the researchers argue that though a "winner-takes-all" educational system presents problems of its own, it is likely to result in a broader distribution of superior teaching. Because of the opportunities presented in supporting elite practitioners, Acemoglu et al. also argued that "lower-skill" teachers would benefit, too.

Such a system might spawn compelling corporate rivalries. If we accept Scott Galloway's verdict that the Big Four will soon come for education, tantalized by the market size, could we see a battle for talent similar to that of the streaming wars? Will we one day open up the NYT and see Apple snatching up a 3rd grade English teacher for a sum that would make Joe Rogan blush? Key and Peele's "Teacher Draft" sketch may not be so far-fetched.

Finally, such a model may catalyze "synthetic teachers." If talent becomes the most expensive part of the equation and the greatest impediment to scalability, will companies look fabricate alternatives? We have seen Tupac resurrected, and Lil' Miquela animate before our eyes. The Brud concoction even conducted "live" interviews at last year's Coachella. Why not revive Richard Feynman with his knack for plain-talking analogies and infectious energy? Bill Gates once described the Nobel Prize winner as the "best teacher I never had," going so far as to create Project Tuva, a restoration of Feynman's best lecture. It is not difficult to imagine a more vivid and personal renovation that allowed a reborn Feynman to interact with students, undergirded by an AI-system similar to that leveraged by Luka.

Stadiums possess a magnetism, an energy, entirely their own. They are the most changeable of gathering grounds, capable of mutating from the raucousness of a rave to the hush of a cathedral in half a second. They are the home of glory and anguish, great pleasure and great pain. And perhaps, above all else, they are a place for appreciation. At its heart, that is the job of the spectator: to spend an hour or two enjoying, appreciating the gifts of the supremely talented. It is time we gave teachers, superstars in their own right, the chance to earn the praise their skill merits. It is time for them to take the field.

The Generalist’s work is provided for informational purposes only and should not be construed as legal, business, investment, or tax advice. You should always do your own research and consult advisors on these subjects. Our work may feature entities in which Generalist Capital, LLC or the author has invested. 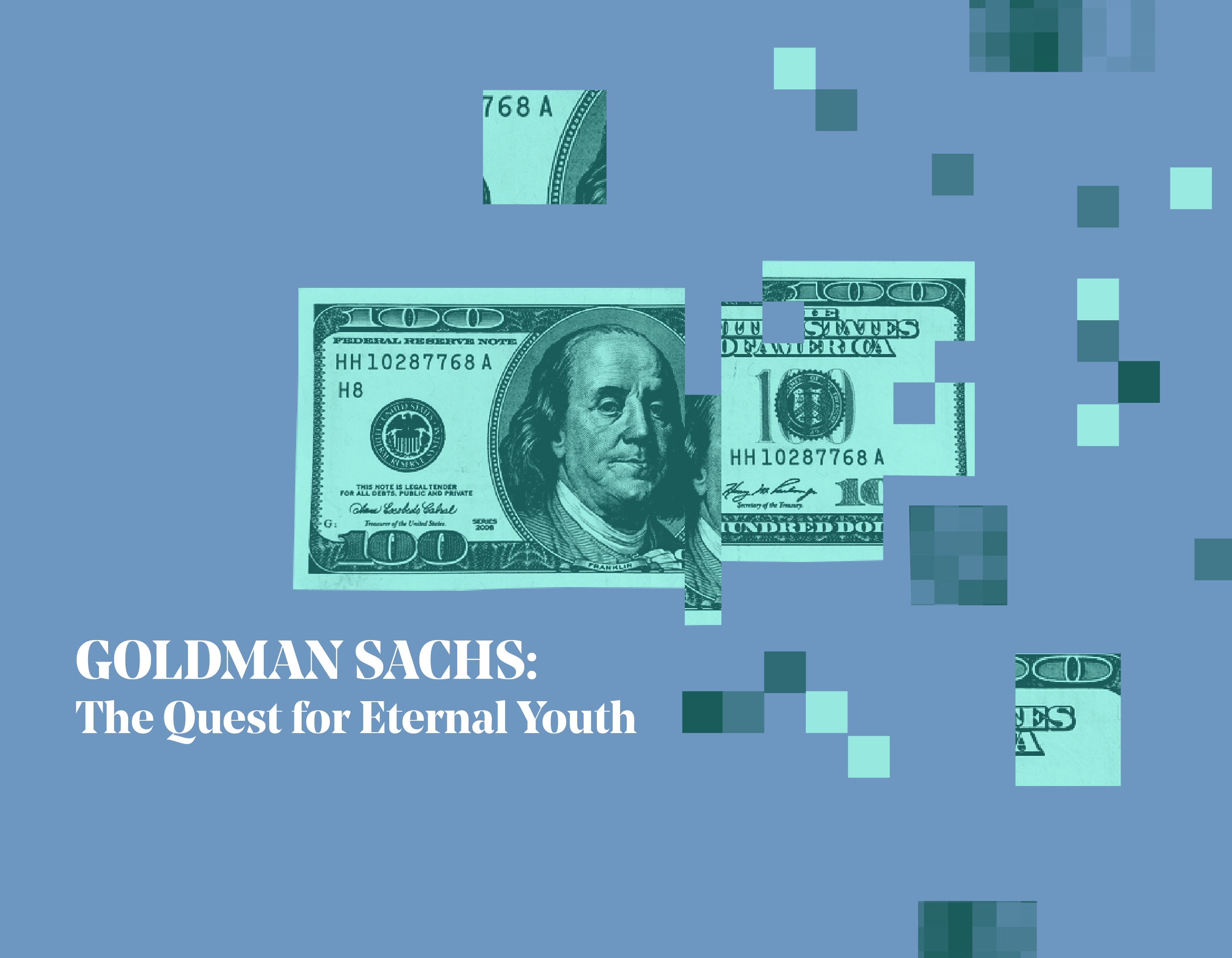 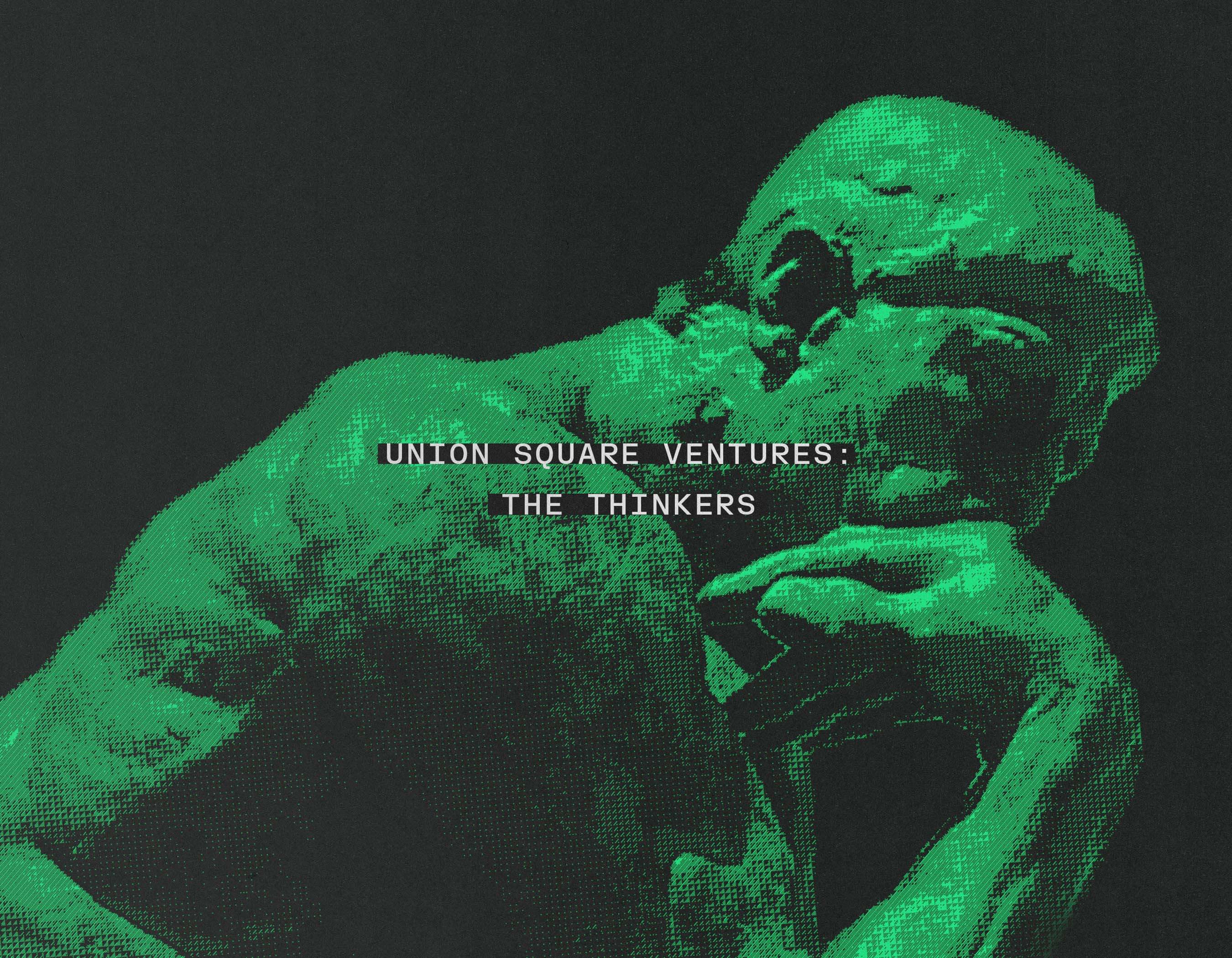 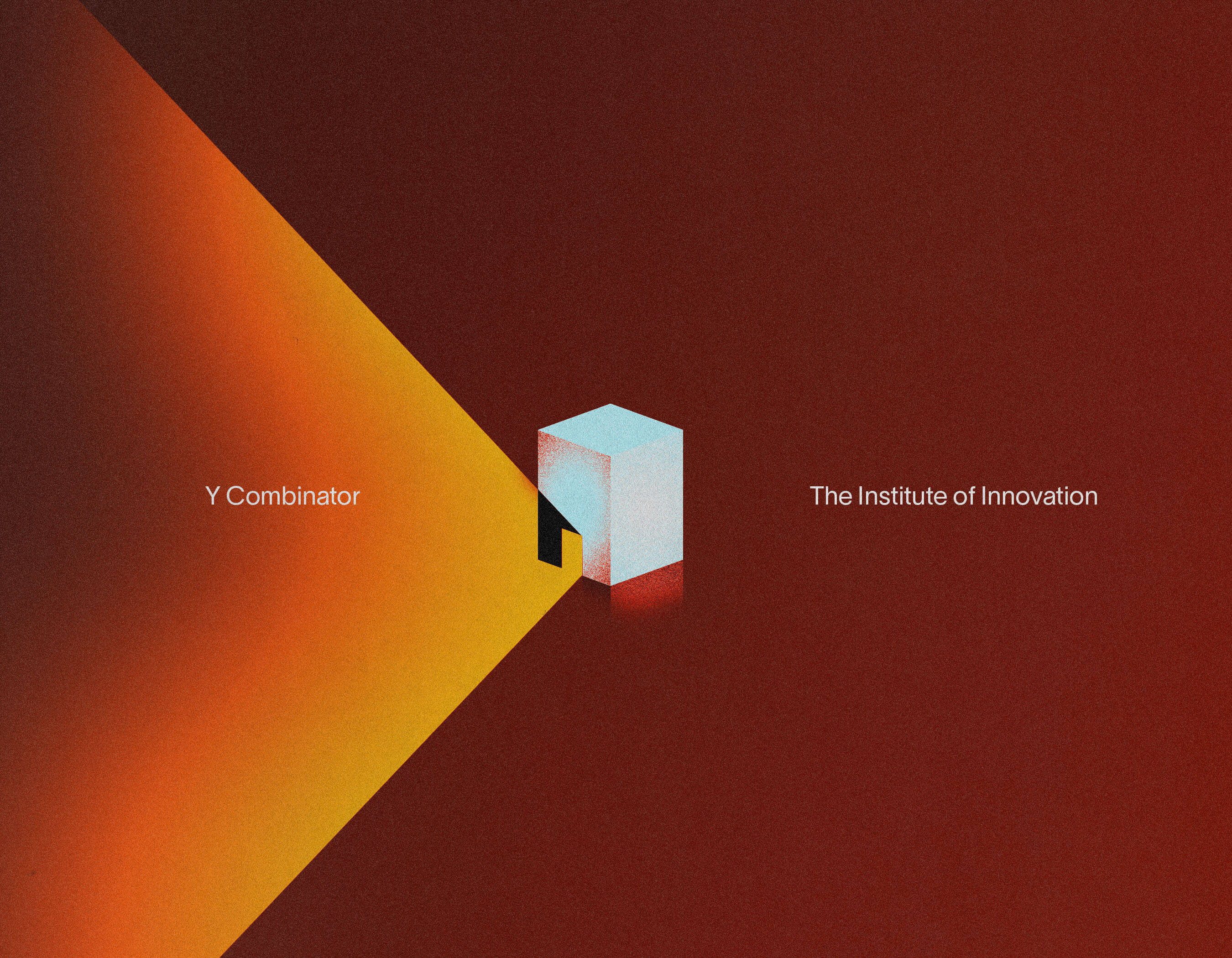 Welcome on board! Check your email for confirmation.
Oops! Something went wrong while submitting the form.
SUBSCRIBE FOR FREE

Join 60,000 readers and get powerful business analysis delivered straight to your inbox.

No spam. No noise. Unsubscribe any time.

Welcome on board! Check your email for confirmation.
Oops! Something went wrong while submitting the form.
We eat cookies 🍪